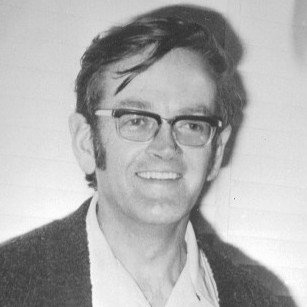 ‘We’re really trying to give the boys a new start, to help them feel they are accepted for a start and realise that they can lift themselves up.’

The Brophy Family and Youth Services of today is a far cry from the `rabbit warren’ hostel accommodation that was home to troubled boys in the early 1970s, a home that launched the organisation we have today.

Despite the changes and growth, so much of Father Tom Brophy’s inspirational work continues at the core of our Agency – our advantaged thinking approach echoes his  belief that what lies within each of us can be the difference.

In less than 43 years he left an enduring legacy, not only with his name that titles our Agency, but through the lives of the people he touched with his wisdom, compassion and dogged determination.

Father Brophy established youth centres and boys’ homes in Ballarat and Warrnambool and worked day and night to help `wayward’ young men. These lads became known as `Brophy’s boys’, a title that might have had some stigma back in the 1970s but a tag worn with pride today.

Father Brophy believed a local community should look after its young people, especially those in greatest need. He didn’t want to see young lads sent away to prison or to out-of-town institutions.

He inspired the Warrnambool community to help his cause, a tradition that has grown over the past four decades as Brophy has expanded to meet the more complex needs of young people, families and children in the region.